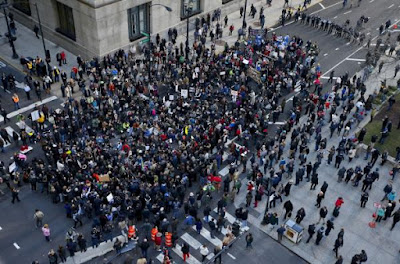 
We all know the root causes of this crime; racism, discrimination,  deindustrialization,  poorly funded public schools, and African American (Black) self hate.

Rahm Emanuel will only be mayor for a few years. He will be a former mayor and Chicago's African American (Black) neighborhoods will still be in the lurch.

The protesters and concerned citizens should place focus on ensuring that all African American (Black) boys can at least read and write at grade level!

Marc Sims
Chicago
Posted by Marc Sims at 7:27 AM