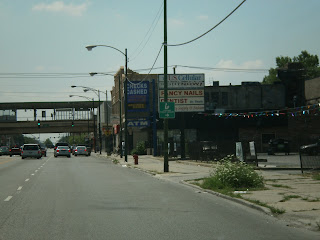 African American "leaders" should be embarrassed by the criminal activity by Black male youth mobs. The entire African American community should be embarrassed about the crime our young men are committing crime in our neighborhoods and downtown.  Some of these young men have to be stopped, redirected, and retrained.   Others need to be incarcerated or institutionalized.

We could waste time in an analyses of racism, deindustrialization, fatherless homes and so on, but what, and who will stop young African American men from committing crime.    I hoped Mayor Rahm Emanuel  would make Chicago safe, but I began to have doubt when the Mayor told NBC's Harry Smith; kids are growing up in an environment in parts of the city that you wouldn't let your own kids grow up in. There's no sense of life, and there's an emptiness in their eyes that you don't know if you can change.

African American politicians probably feel the same way.   They may tell you privately; I'm legislator not an educator, or someone's mama or daddy.   I can't stop this crime, yah'll need to call the police!   At some degree they are right but who is going to call the police on their son, grandson, or nephew?   Who is going to start valuing education when you are surrounded by hopelessness and ignorance?  Who is going to come from upon high and give low income residents of Chicago the belief that they can live in a crime free neighborhood?