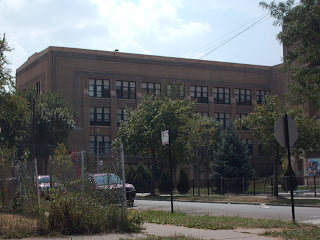 I have visited hundreds of CPS classroom during the 90's and 2000's giving a career day presentation. The vast majority of students are good but there always seems to be a few of students who weakens the growth of the entire class. Anyone who visits a good Chicago Public Schools then visits a poorly performing Chicago Public School can quickly figure out how to improve a "bad" public school. It will not be easy and thousands of parents will get their feelings hurt. Mayor Emanuel and Jean-Claude Brizard will have to teach some parents how to properly raise a child so they can receive good grades in school.

One main challenge for Mayor Rahm Emanuel, Jean-Claude Brizard and the Chicago Teachers Union is improving Chicago Public School parents. You do not need to be a parent to know the Chicago Public Schools need more good parents. You don't have to be a educator to know the good CPS students tend to come from stable homes with at least one involved parent.

I'm sure there are parents who will be offended if the CPS tells them how to raise their child, but they need be told. These parents will be offended if you give their child a new sense of hope that will help them transcend their low income urban culture. This is where the Chicago Public Schools and the Chicago Teachers Union need a greater focus. The Chicago Public Schools will never truly improve until they create a culture that will counteract a student's low income urban neighborhood culture.