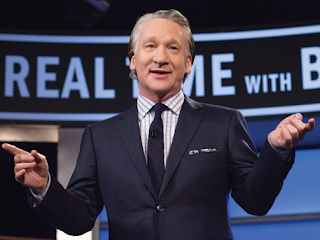 Bill Maher should not have used the “N Word”.  The controversy is a reminder we have not reconciled our past and present racial injustices against African Americans.

I'm a descendant of America’s slaves and I was not offended by Bill Maher’s use of the “N Word” and I thought his bad joke was funny. There was a time when I would have responded to someone asking me to "work in the fields"; I’m a house “N Word”, I am not a field “N Word”.

Many years ago the movement to abolish the use of the “N Word” has stop me from saying it.  Now I occasionally say Negro as a term of endearment or as a pejorative when needed.

Bill Maher has a history of being publicly incorrect.  Mr. Maher should tone down his incorrectness a little, and the American public should grow up a lot.

Bill Maher used the N-word on his show, HBO calls it 'completely inexcusable'
http://www.businessinsider.com/real-time-with-bill-maher-n-word-2017-6
Posted by Marc Sims at 6:45 AM