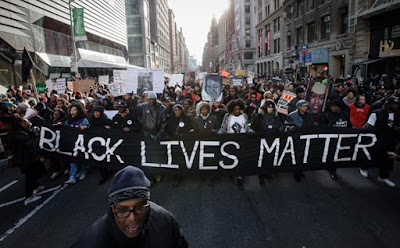 In some ways, they (Black boys) are trapped within a sociological predicament. They begin school already, on average, behind their peers. Often, they enter into classrooms where there are lots of other kids who are not necessarily well behaved, where other students are struggling. They are taught their racial and gender identity by others, including other kids, in the school.

So they end up actually behaving according to a script that they don't necessarily subscribe to, but which seems a requirement to fit in and be accepted by their peers and maybe even by some of the adults.
http://www.npr.org/sections/ed/2016/05/11/477392750/what-young-men-of-color-can-teach-us-about-the-achievement-gap
Posted by Marc Sims at 8:55 PM