Who Is Improving Neighborhood Schools For Low Income Students? 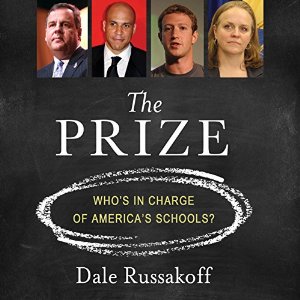 Who is improving neighborhood schools for low income students?

This is FRESH AIR. I'm Terry Gross. One of the most audacious exercises in education reform is how journalist Dale Russakoff describes the plan to fix the schools in Newark, N.J., a city beset by poverty and violence. In 2010, Cory Booker, who was then mayor of Newark and is now a U.S. senator, wanted to create a series of reforms in the Newark schools that could serve as a model for other cities.

GROSS: So from what you observed, why is it that the charter schools in Newark perform better than the public schools?

RUSSAKOFF: Well, I think a key reason is that the charter schools get a lot of more money to the classroom and to the school building than the district schools do. District schools, although they get $19,000 to $20,000 per pupil in public funds to spend, get fewer than $10,000 to the district schools for the principals and teachers to spend on educating the kids.

The charter schools, while starting out with less money, get more of it to the classroom. So they get, like, $12,000 to $13,000 per student. And what they do with that money is really critical because they actually use the resources to support kids who would otherwise have a lot of trouble learning because of the issues that growing up in poverty cause for them. So, you know, there are children who literally - and it's not unusual. Children suffer trauma in Newark from having grown up amid violence, family strife and constant instability in their homes.

And so when you go into these charter schools - the one that I spent a lot of time in was a KIPP elementary school called SPARK Academy. There were two certified teachers in every grade from kindergarten through third. There was also a learning specialist or a tutor for every grade so that children who couldn't learn in the small groups that these two teachers set up for those who were academically behind or just struggling - there would be a learning specialist who would push in and do extra work with them.

The charter school had three social workers for 520 kids, and they actually had - the school had their time organized so they did therapy. At this particular school, 70 children had therapy every week for different kinds of emotional issues that were interfering with their learning. In the district school, there's one social worker for over 600 kids. And they don't have time to do any therapy because they're just juggling so much, and they have tons of paperwork they're responsible for.

And in addition to that, the charter school had created a position called the dean of student and family engagement, whose job it was to work with children whose issues outside the classroom were making it virtually impossible for them to learn effectively. So this particular dean would find someone in each child's family to be responsible for their learning. If it wasn't a parent or a grandparent, it would be a neighbor. One time, there was a stepfather who had just come out of prison and wanted to have a relationship with his stepson, and they engaged him to be the sort of chief learning officer for that child. And all of these people were there to be present and to support kids who otherwise wouldn't have been able to learn.

GROSS: Why is it that the charter schools are able to get more money directly to the students and teachers than the district schools are?

RUSSAKOFF: I think it's almost like the difference between FedEx and the post office. The district schools have a lot of legacy costs, and some of those are just extra jobs and incredibly sweet, fat contracts that, you know, people who were friends of politicians over the years have gotten. And there needs to be some kind of - almost a forensic accounting of where the money in the central office of the school district is going so that more of it gets to the classroom. And I think that charter schools are just an illustration of what that money could be doing if it were spent differently. The problem is, of course, that, you know, you run up into, you know, union protections and civil service protections and political organizations that have a real stake in keeping things the way they are. So it probably sounds naive to say that that needs to happen, but if it doesn't happen, I don't see what the future of school districts is in cities like Newark.