Are African Americans done in Chicago? 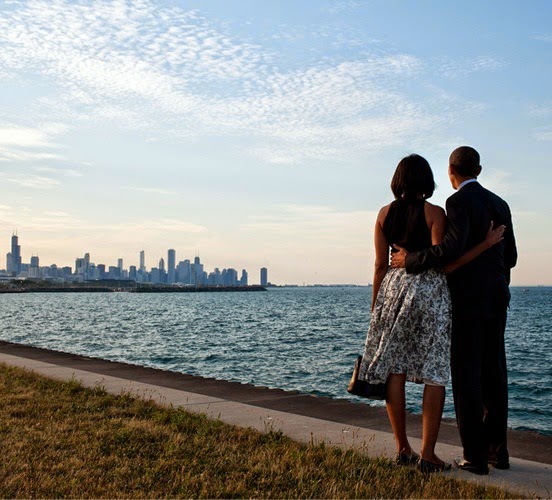 Are African Americans done in Chicago?

Sure looks like it!  According the Chicago Sun times columnist Michael Sneed, President Barack Obama and his family may not move back to Chicago. They may stay in the East, or move to Southern California.   Can you blame them?    The Black neighborhoods on the south side of Chicago are filled with crime, bad public schools, and long hard winters.    The real problem here in Chicago is too many Black men are uneducated, unskilled, unsocialized, and therefore unemployable.   The President and the First Lady could provide some hope and change to African American Chicago, but they probably will need a break after eight long years a being disrespected.

The African American community in Chicago is on the ropes and ready to be knocked out.   It seems like no charismatic, or messianic leader is coming from the heavens to save Black people in Chicago.  So it may be time for African Americans it throw in the towel and leave Chicago, or we could organize and improve our neighborhood elementary school.  90% of African American boys in the Chicago Public Schools read below their grade level.   If we don't raise Black boys who are well behaved and literate, we will continue to have  Black men and thus low income Black neighborhoods that are null and void.