You Never Want A Serious Crisis To Go To Waste 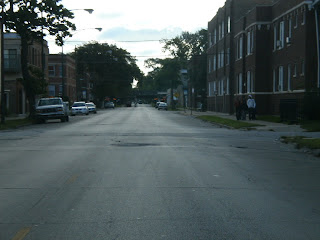 The closing of schools in African American neighborhoods is an opportunity for African Americans to dramatically reduce the crime in our low income neighborhoods. Parents are rightly concerned that their children will have to cross street gang boundaries on their way to and from school.  So I think parents should demand that Mayor Rahm Emanuel, CPS CEO Barbara Byrd-Bennett, and Police Chief Gary McCarthy walk their children home from their school every day until the street gangs are removed from their neighborhoods.

As Mayor Rahm Emanuel, CPS CEO Barbara Byrd-Bennett, and Police Chief Gary McCarthy walk through the neighborhoods they will find out where the gangs live and will them legally have arrested.   The young men who want to give up the ganged banger life should be helped to move out of the state of Illinois.   The young who say they want a job should be helped to get a job.  However we must understand every potential criminal is in grammar school right now.


"You never want a serious crisis to go to waste. And what I mean by that is an opportunity to do things you think you could not do before."


marcsimschicago@gmail.com
Posted by Marc Sims at 5:39 AM