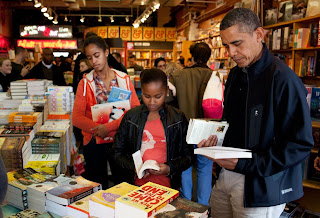 President Barack Obama, says there's one sure thing parents can do to help their kids learn, regardless of financial means:
Forbid them from watching television on school nights.
Of his own daughters, Malia, and Sasha, Obama told Essence magazine: "The girls don't watch TV during the week. Period."

Would you like for your student to attend a college in Chicago or outside of the Chicago metro area?