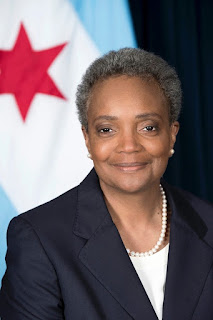 For the African American (Black) critics of Mayor Lori Lightfoot.

Wandering In A Political Wilderness

Once one of the biggest urban enclaves of African-Americans, peaking at 1.2 million in the 80s, Chicago’s black population is projected to drop to 665,000 by 2030, according to the Urban Institute.