Before The Next Ferguson Mo 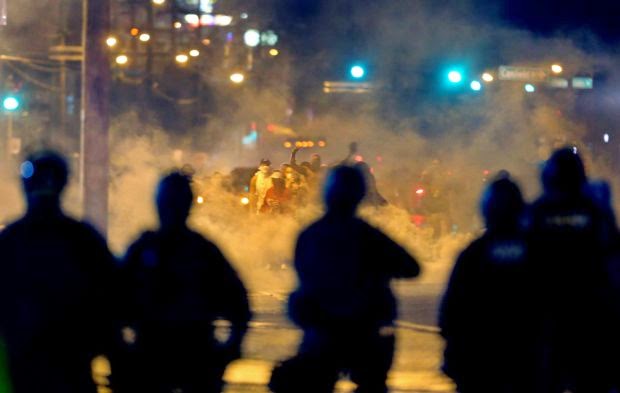 American citizens need to have a deep discussion on how slavery, racism, discrimination, bad public schools, the brake down of the Black family, public policy, and the crime justice system has help create and sustained the Black underclass.  Now after that is done we Americans have to challenge all news and popular culture media to disseminate positive images of low income African American men and boys.  Also we Americans have help ensure that Black boys can read and write at grade level.

My hope is that every police office in the United States would fear political and economic retribution from an educated and organized Black community if they shoot or murder any African American.

Black male dropout rates are more than one and a half times those of white males, and when you look at the percentage of black men who graduate on time — in four years, not including those who possibly go on to get G.E.D.s, transfer to other schools or fail grades — the numbers are truly horrific. Only about half of these black men graduate on time.